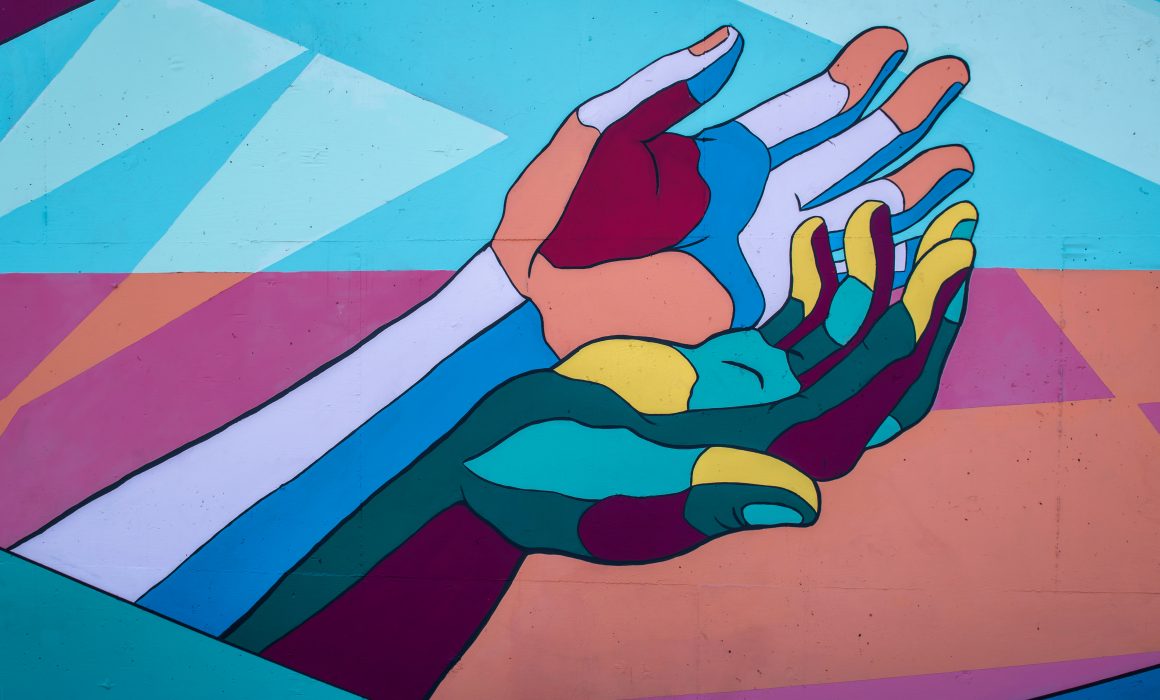 Couples counselling can salvage a struggling relationship. A crisis in your marriage may be an opportunity for development, but co-understanding is a prerequisite for exploiting its potential. When roles in a relationship have already been predetermined, and any attempt to go beyond a certain frame leads to nothing but conflicts, the relationship probably needs to be reconstructed.

Example. Gender and their roles presented below are only contractual.

She – supports him, tries to ease the conflicts by begging, always ready to fulfil her duties, even if the price would be to let go of her own dreams, plans, and life goals. He likes fun, he wants freedom, he values independence, autonomy. Each of them, tired of quarrels and unfulfilled expectations, wants from the relationship two things: living together and being alone at the same time. Without alcohol and drugs, they feel an emotional, internal compulsion to live in a toxic relationship. They are addicted to each other. It is a signal that they are connected by a conflicting relationship, in which euphoria is mixed with fear and chronic suffering.

Orpheus, king of Thrace, enchanted the whole world with his melodies of lira and singing. People, animals, nature listened to the sounds coming out of his lute guitar. The extraordinary skills he possessed made Eurydice, a wood nymph of exceptional beauty, fall in love with him. After a while, the couple decided to get married. In marriage, every spare moment lovers spent together, forgetting about the world around them. Then there came one day when Eurydice was bitten by a viper, causing her death. The deadly venom killed Orpheus’s wife, but he did not end his love for the bride. The distraught king followed her to Hades. Charon, overpowered by his gift, agreed to free Eurydice and hand over to Orpheus. Lovers were allowed to return to the world of the living under one condition. However it appeared to be impossible to fulfil, and the lovers were irretrievably separated by death.

Life seems to write similar stories of lovers, but yet it takes place at home. There are couples, who seemingly share romantic, perfect, unconditional, full of sacrifices love. Such people, even before they find their beloved partner, feel a chronic lack of security, love, and recognition that results from emptiness and longing for acceptance.

Orpheus and Eurydice are a couple that believe to be able to defeat everything temporal on earth, even death itself. For them, love is a necessary condition and, above all, a duty, where partners’ happiness is more important than life. The illusion of such thinking is quite obvious, however, many people fall into the trap of addiction to love lately. Myths about love, like tales, film stories, or songs, too often confirm the stereotypical belief that he, like King Orpheus, is supposed to shine in the glare of the sun, playing and captivating. She, anyhow, like Eurydice and at the same time a woman-plant, only with her saviour aside will not experience suffering, and will even be protected from death. The reality, however, is indeed different, and the main wounds are inflicted by the people in love with themselves.

Love was, is, and probably will be the most common and most popular topic. This feeling is so complex that its interpretation is different and, above all, individual for everyone. However, it is worth asking yourself a personal question. Do I have this feeling mainly for myself, or do I sacrifice it to a loved one? Response to this question leads to another one about the condition of your relationship. In such evaluation the are certain principles created by psychotherapist Jurg Willi (1996). In couple therapy sessions we will analyse what your relationship is missing based on the three basic principles of the functioning, which are;

A relationship that operates smoothly has clearly defined boundaries (demarcation rule). The couple implementing this maxim clearly sets the boundaries for each other (internal boundaries), as well as for persons outside their relationship (external boundaries) like friends, parents, and their own children. If the external boundaries are too rigid and the inner one is dispersed, then the bond becomes symbiotic, like the one that unites Eurydice and Orpheus. In such a relationship, the couple intuitively minimises the frequency of any meetings with friends and loved ones and spends most of their free time in their own hermetic world. When a person decides to make changes to a relationship or wants to develop herself, the perceived fear of uncertainty, rejection, and loneliness limits all actions.

The second situation where the principle of demarcation is not respected is one where the external boundaries are dispersed and the internal impermeable. Such persons, right at the very beginning of the relationship, set themselves clear conditions and requirements. Fear of closeness and intimacy, caused by past injuries, instructs them to defend themselves against potential imaginary emotional wounds. In such a relationship, one person does not allow the other setting their rigid boundaries. In these relationships, one or both have their own, separate, often hidden friends, want to spend their holidays separately, and have a separate social life. Here, too, there can often happen betrayals. By contrast, decisions about marriage or having children are made at the very beginning of the relationship, in seemingly casual and loose conversations.

The balance between developmental, progressive, and childlike, regressive behaviours is another principle that affects the quality of the relationship. Because each partner has the right to self-express hidden, including from childhood, needs and desires, and such behaviours should be activated in the relationship by both partners. As soon as she or he has the need to be from time to time a cuddler, the other person uses this fact and interprets it as the helplessness and dependence of that person, then this balance is shaken. In the myth of Orpheus and Eurydice, to her falls the role of a child who, through reckless behaviour, can be bitten by a snake. Orpheus, on the other hand, acting as a guardian, decides to negotiate with the ruler of the world of the dead. From the outside, both roles look infantile. However, within the relationship, this relationship follows the predetermined and closely followed by the character’s scenario Parent-Child. In real life, both men and women have regressive and progressive behaviours as well, so that each person in a relationship would give themselves permission to express them naturally. Then they fall into dependence, both on means and risky behaviours. Only thanks to them do they have the courage to vent deeply hidden emotions.

The last principle is the balance of value. A couple in symbiotic and toxic relationship will pursue a stereotypical belief that respect, a sense of acceptance, dignity, and professing one’s own values belong to only one person. In their opinion, it is often the biological sex assigned to them that gives them the right to dominate the other, while quietly acquiescing to both. However, often that situation happens with the clear reverse, and it is the woman who acts as a domestic censor of all values, while the man submits to them.

A couple who implement the balance principle of value is not afraid of cooperation and competition. Such partners constantly, more or less overtly, fight among themselves for the “palm of precedence” in the relationship. However, as the interested parties themselves know, it is never given to one of the people once and for all.

Toxic relationship needs the enormous energy that is needed to maintain the bond. Such relationships are extremely enduring. If their disintegration is approaching, then third parties are involved in internal conflicts: parents, friends, their own children. Children can take on surprising roles in quarrels – parents of their own parents.

Vampire relationships are inscribed in countless love stories. Popular and adored by many people “Little Prince” – infatuated with Rose, also feels anxiety and loneliness in the relationship. Rose, in turn, is afraid of his own awkwardness, powerlessness, and life without his beloved. This praises the beauty of the flower, its uniqueness, and individuality, but has suspicions about the vague intentions of Rose. For them, it becomes impossible to build a relationship based on three principles. They live on a small planet only for two, so they condemn themselves to an extremely symbiotic relationship (lack of the principle of demarcation). Also, Rose is constantly childish, and the Prince is super-obligatory and overprotective (lack of the principle of balance between regressive and progressive behaviours in both). In turn, decisions about the relationship and the division of household responsibilities are issues taken mainly by one of the characters (lack of the principle of balance of sense of value). Both are concerned about the decision to part ways, but at the same time, they want it very much. Subconsciously, they feel that this is an opportunity for them to regain their desired freedom, independence, and the right to make up for themselves. Living together is unbearable.

The author of “The Little Prince” Antoine de Saint-Exupéry in a subtle way reveals the backstage of the unhealthy relationships. In another story, the same writer states that “love is not about staring at each other, but looking together in the same direction.” This art, characteristic of other relationships – partnerships – is possible only when each individual can truly love himself first.

Co-knowledge/report/mutual understanding of the relationship is important so that partners can freely contribute to the dynamics of the relationship based on these three principles. It helps to better understand and accept the partner, to renew the closeness and interdependence of partners, and to build intimacy.

According to psychologist prof Robert J. Sternberg, the most important thing in intimacy is to live happily in the presence of and because of the partner, respect for the partner, the desire to care for the welfare of the partner, the feeling that one can count on the other person in need, mutual understanding, mutual sharing of experiences and goods, both spiritual and material, intimate information, and recognising the partner as an important element of one’s life.